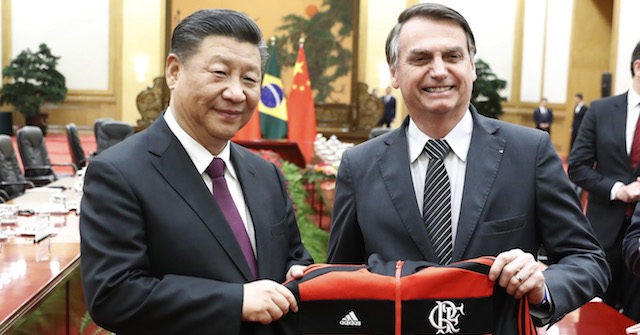 The U.N. Human Rights Council voted against discussing China's Uyghur genocide, a decision aided by the abstentions of Ukraine and Brazil.

www.breitbart.com
The UN is an absolutely worthless organization.

“China is a current member of the Human Rights Council (😳 let that soak in) and voted against discussion of the issue. Kazakhstan also voted against the resolution despite ethnic Kazakhs being one of the primary victims of the genocide. The Muslim nations on the Council, save for Somalia, also opposed discussing the topic even though the vast majority of the targets of the genocide are fellow Muslims.”

“Most of the serial human rights abusers on the Human Rights Council voted against the discussion, paramount among them China itself. Cuba, Venezuela, Kazakhstan, Eritrea, and Pakistan voted against the resolution. Notably, the world’s largest Muslim nation, Indonesia, also voted for defend China.”

“The abstention list included Argentina and Mexico, both under leftist regimes. Brazil, currently under self-proclaimed conservative but pro-China President Jair Bolsonaro, failed to vote on discussing the genocide. India, the country to most recently engage in military conflict with China, also abstained. Of particular note is the abstention of Ukraine, currently being invaded by China’s closest major power ally, Russia.
B

UN = tits on a boar
Reactions: BamaFan1137, dustinator and Reasoned
You must log in or register to reply here.

Why are we sending athletes to Olympics in Communist Chy-na?

A story sure to warm your hearts this holiday season...